Our partnership with King’s Ely started in 2017 when 20 of our youngest learners (8-10 year olds) from Italy attended the King’s immersion course. That education project turned out to be a great success! Consequently, in August of the same year, we were invited by the school’s senior management to get a personal feel of … END_OF_DOCUMENT_TOKEN_TO_BE_REPLACED

The PRODIREKT International Ambassador Program has been designed to assist students and parents as they embark on their search for the right language program, high school, university or college, as well as to ease students’ study abroad experience. Our International Ambassadors are students and alumni who share their first-hand experiences of the enrollment process, programs, … END_OF_DOCUMENT_TOKEN_TO_BE_REPLACED

In September, the representatives of PRODIREKT, together with a small selected group of other agents, were invited by Stonar, a leading UK boarding school, to be their guest for a couple of days and to visit their premises. Stonar laid on an exclusive coach to transport the group to the school. The guidance and care … END_OF_DOCUMENT_TOKEN_TO_BE_REPLACED

Whatever your language goals, we are committed to help you achieve them. Students, teachers and parents worldwide choose our Verbalists Language Network as their trusted guide for the finest in educational services and language travel. Enroll for English study abroad with us and enjoy the excitement, flexibility and dependability of an accredited organization and … END_OF_DOCUMENT_TOKEN_TO_BE_REPLACED

Schools & Agents (S&A) interview with Dejan Trpkovic, PRODIREKT, published on 27 November 2018: The Importance of Student Testimonials – An Agent’s Perspective In this day and age selling has become quite an aggressive business – be it the selling of tangible products as well as the selling of services. Education, is by no means … END_OF_DOCUMENT_TOKEN_TO_BE_REPLACED 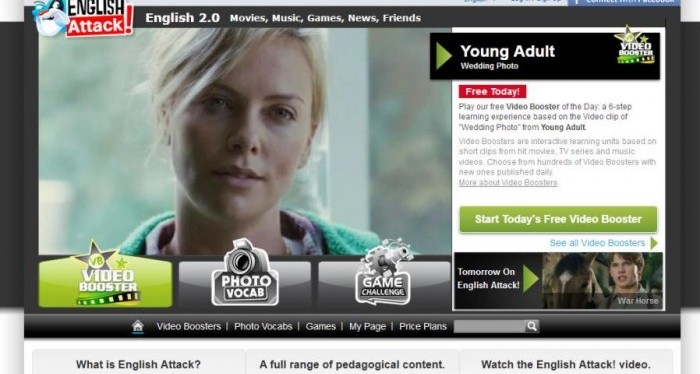 Belgrade, Serbia — February 3, 2012 — PRODIREKT LLC today said it will join forces with Paris based Entertainment Learning SAS to market its flagship language learning service, English Attack!, in the Balkans. The exclusive regional partnership agreement is expected to be announced shortly.

Paul Maglione, co-founder of Entertainment Learning said: “We interviewed many potential partners for the Balkan region, and finally found what we were looking for in PRODIREKT LLC. We are confident that they have expertise and experience to create the ideal marketing and communications programs and commercial initiatives, as well as the local relationships with teachers, schools, universities, language institutes, and companies, to make English Attack! an integral part of PRODIREKT’s education offering and  an important player in the growing and dynamic English language-learning industry here in the Balkan region.

PRODIREKT expects to launch the first local language versions of English Attack! in April 2012, giving English language learners in the Balkan region a choice between an English-language interface for the innovative online service; and a version with navigation, help texts, tutorials, a dictionary, and other resources in local languages, and allowing easier access to the site’s unique pedagogical approach by early-stage learners of English.

Launched at the end of June 2011, English Attack! has attracted its 100,000th registered user and opened its 12th regional sales and marketing office. English Attack! is a global site created to help learners around the world improve their English, and is already available with a user interface in 13 languages. English Attack! features a combination of video clips, thematic visual dictionaries and games; a motivational reward-rich ecosystem; and social networking functionality allowing learners to use what they learn from the site.

Thanks to an innovative pedagogical approach combining elements of online entertainment, online social networks, and “gamification,” English Attack! (www.english-attack.com) is attracting an ever-increasing number of the “digital native” learners of English aged 13 to 35 for which it was designed.

English Attack! has been recognized on the European high tech scene, with finalist status at the TechCrunch (Paris), The Next Web (Amsterdam), and Plugg (Brussels) competitions, and it was a winner of the SeedCamp Paris event.

The Verbalists Communication & Language Network has been created for language lovers and all those wishing to improve their communication skills. Furthermore, Verbalists are the answer to the growing demand for the regional standardization in foreign language studies. Verbalists offer quality language courses for students of all ages and levels according to their various budget needs.