The PRODIREKT International Ambassador Program has been designed to assist students and parents as they embark on their search for the right school, university or college, as well as to ease students’ study abroad experience. Our International Ambassadors are students and alumni who share their first-hand experiences of the enrollment process, programs, teaching style, living … END_OF_DOCUMENT_TOKEN_TO_BE_REPLACED

Master’s degree graduate in immunobiology gaining business skills at ILAC Vancouver Our recent attendance of the Canada Partnership Forum in Vancouver, organized by the International Language Academy of Canada (ILAC), was an ideal opportunity to get together with our students who enrolled in ILAC’s language courses or college programs. During the education event, we had … END_OF_DOCUMENT_TOKEN_TO_BE_REPLACED

In September, the representatives of PRODIREKT, together with a small selected group of other agents, were invited by Stonar, a leading UK boarding school, to be their guest for a couple of days and to visit their premises. Stonar laid on an exclusive coach to transport the group to the school. The guidance and care … END_OF_DOCUMENT_TOKEN_TO_BE_REPLACED

Whatever your language goals, we are committed to help you achieve them. Students, teachers and parents worldwide choose our Verbalists Language Network as their trusted guide for the finest in educational services and language travel. Enroll for English study abroad with us and enjoy the excitement, flexibility and dependability of an accredited organization and … END_OF_DOCUMENT_TOKEN_TO_BE_REPLACED

Schools & Agents (S&A) interview with Dejan Trpkovic, PRODIREKT, published on 27 November 2018: The Importance of Student Testimonials – An Agent’s Perspective In this day and age selling has become quite an aggressive business – be it the selling of tangible products as well as the selling of services. Education, is by no means … END_OF_DOCUMENT_TOKEN_TO_BE_REPLACED 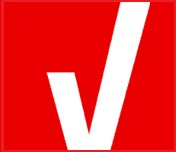 Skopje, Macedonia – April 17, 2011 – Ivanna Hadzievska, the host of the popular TV show Exclusive, speaks to Jasmina Saric, director of educational programs, PRODIREKT, at the onset of the Pop Idol finals about her company’s media and educational support for this talent show.

PRODIREKT, a company that owns one of the fastest growing educational social network Verbalisti, will award a two-week language course at Kings Colleges for the first Macedonian Pop Idol. Even at the very start of the of the Macedonian Pop Idol finals, language education has become a true hit among the young in Macedonia, while the Facebook page Verbalisti hit the record on April 3 by getting more than 1,000 new members.

About Pop Idol in Macedonia
Macedonian Idol Season 1 (Macedonian: Македонски идол – Makedonski Idol) is the first season of the Macedonian version of the worldwide known talent franchise series Pop Idol. The show started airing on November 13, 2010 on the Macedonian national television A1, while the auditions commenced in the summer 2010. Ivanna Hadzievska and Nenad Gjeorgjievski, famous for being hosts of the show-magazine A1 Exclusive, are the hosts of the show. Three Macedonian celebrities have been chosen to be the judges: Kaliopi Bukle (singer), Igor Dzambazov (TV host, singer and actor) and Toni Mihajlovski (TV host and actor). Ten Macedonian cities are included: Ohrid, Kavadarci, Strumica, Veles, Štip, Kumanovo,Skopje, Bitola, Tetovo and Prilep. Twenty candidates have been chosen for the final cut of the show.